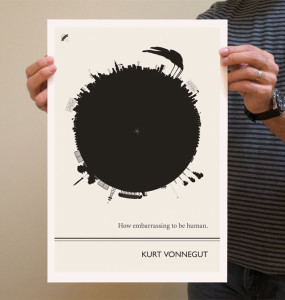 In October I signed up to a site where you write posts, comment on other people’s posts and ‘like’ them too, if the mood takes you.  I expected it to be full of farty-arty types, those who are fabulous with the written word, those who have chosen writing as a profession and are the dog’s bollocks when it comes to getting their ideas down on paper.

I was very much mistaken.

It’s a writing platform for anybody.  Have a computer and a semi-literate brain? Then this is the site for you. It’s basically just a blogging/social media site which gives you a few pennies for posting stuff. I was expecting lavish articles on the world’s deepest mysteries. Instead I’ve been subjected to what Auntie Agnes thought of the jar of homemade jam she received for Christmas. I thought I might stumble upon some reviews or the occasional creative story, a work in progress. Instead there have been posts galore on how cold it is.

I do enjoy it. If I post a few ‘articles’ each day, like a few others and comment on those that pique my interest my ‘bank balance’ increases a little. When I get to $50 I can cash it in, via PayPal. All I really have to do is try hard to ignore the adverts at the side of the page; no biggie, I ignore them on Facebook too. I was never under any illusions … I’ve been blogging for years! It’s taken me over two months to get to $30, but I don’t waste hours a day on it.

In the last week the founders of the site have reviewed and subsequently changed the way that rewards are given. People went positively bonkers! I can understand them being angry about the fact that they won’t be receiving some pending payments, but I have no sympathy for them in failing to understand that the idea was never going to be sustainable in the long term.  Many have gone off to Land Across the Yonder, where the grass is greener, without stopping to think that the newish site they’re migrating to also won’t have the money to sustain its ‘writers’. These are the people who are only in it for the money, the people who write about what they had for breakfast and still manage to garner a following of hundreds, those who actually can’t write because if they could really do it for a living they’d actually be getting paid to write as ghost writers, or for magazines.

It’s only the internet, guys. Get a grip. If you want more than pin money, this is not the way to earn it.