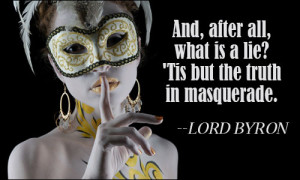 “I want you,” she whispered.

She sits at the desk next to mine. I like her, but I do find her to be a trifle odd.

Having ‘escaped’ an Eastern Bloc country as a young woman, she’s since lived in many different countries. Older than me, married to an English man, she has two grow’d up children and a thousand million billion friends. She talks incessantly about her rich friends with their posh houses. They live all over the world.

Her bestest friend shares my first name. This gives her a reason to like my name, and thus like me. Apparently. I do genuinely like her, but wish she would stop complimenting me. Her personal space values need to get addressed too, but not by me. Confrontation is something I’m more than happy to shy away from.

Sometimes I listen to her and think, ‘You’re lying, duck. Why are you lying?’ but I can’t be sure that she is. Maybe she’s just one of those people who is lonely despite the extensive friend network she’s built up. Or perhaps she really does live in a complete {or semi-} fantasy world.

I’m not even sure that she did whisper, “I want you,” but another bit of my head says, “Um yes, she really, really did!” Maybe it’s just me who’s utterly delusional.