I have had a most odd day, from an emotional point of view.

My routine every morning is to reach for my trusty phone and check the news before arising from my cosy bed.

News of the Kensington tower block fire caught me unawares and left me feeling profoundly sad and broken. I don’t know why it’s affected me quite so much. All day I have lived with an emptiness in my belly and a strong desire to curl up in a den of my own making. It’s almost as if the idea of people facing such tragedy, of knowing that death is imminently inevitable, that it won’t be quick and it won’t be painless, made me SO sad that the sadness became a numbness.

But at the same time I feel as if I have every {negative} emotion possible bubbling away under my skin. Anger fights frustration and irritability spars with exhaustion.

I am just a wreck.

Maybe tomorrow will bring a spot of happiness with it.

In the meantime, here’s some recent photos … 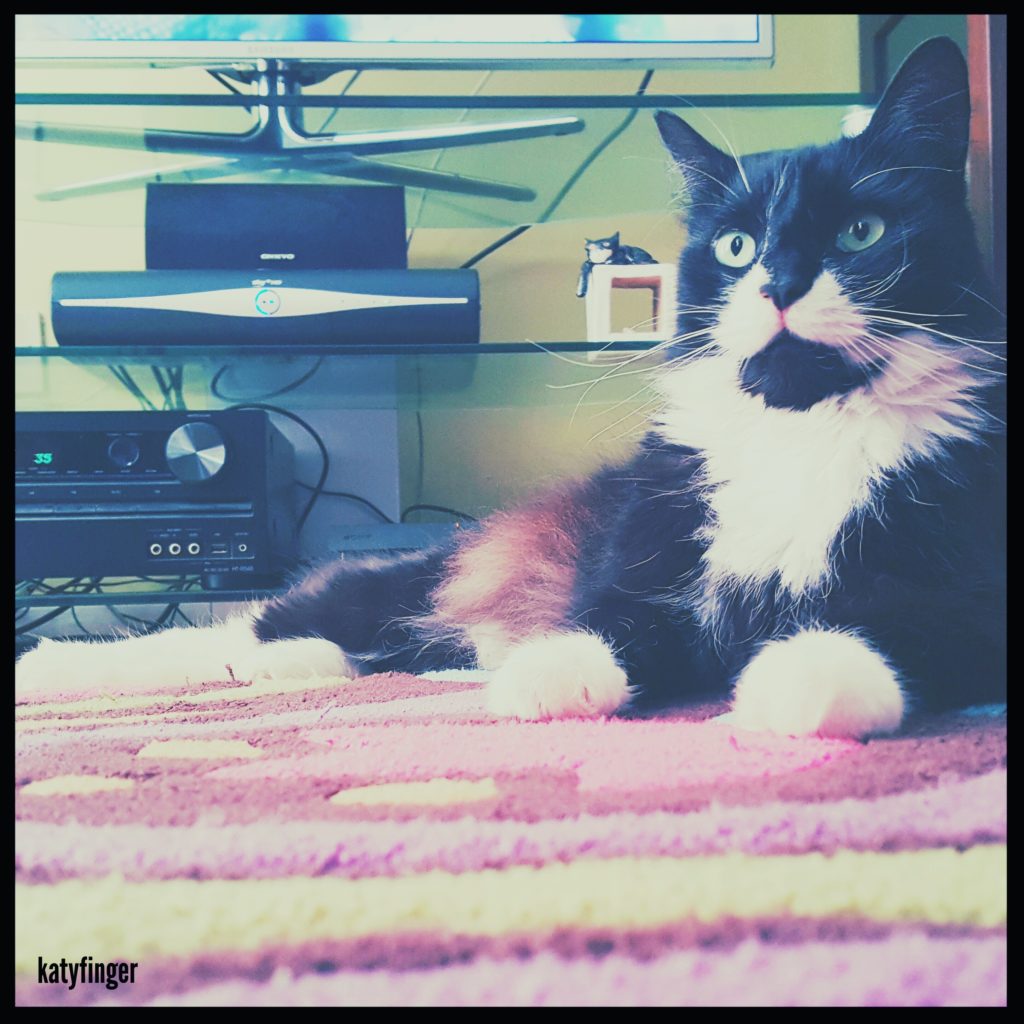 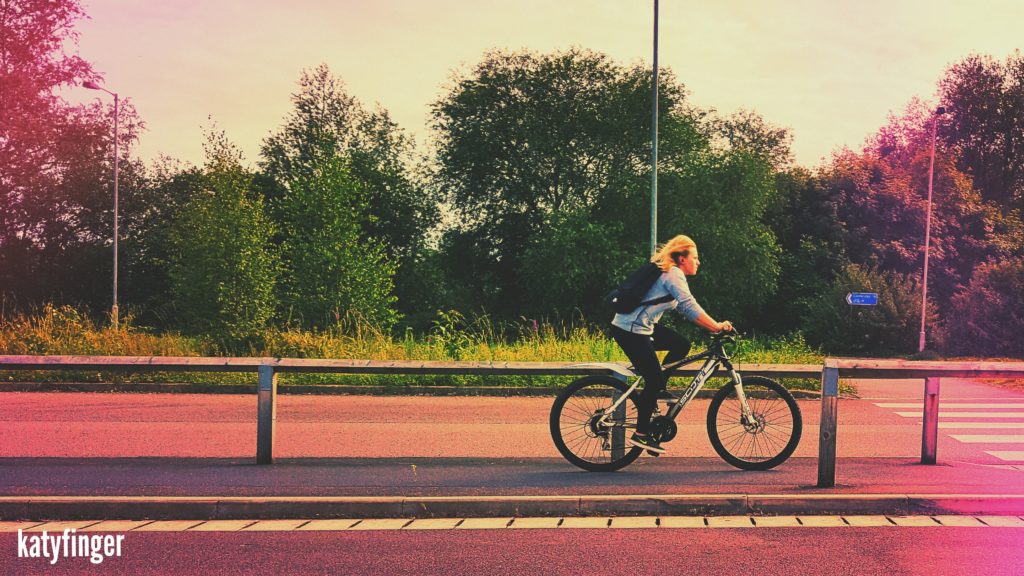 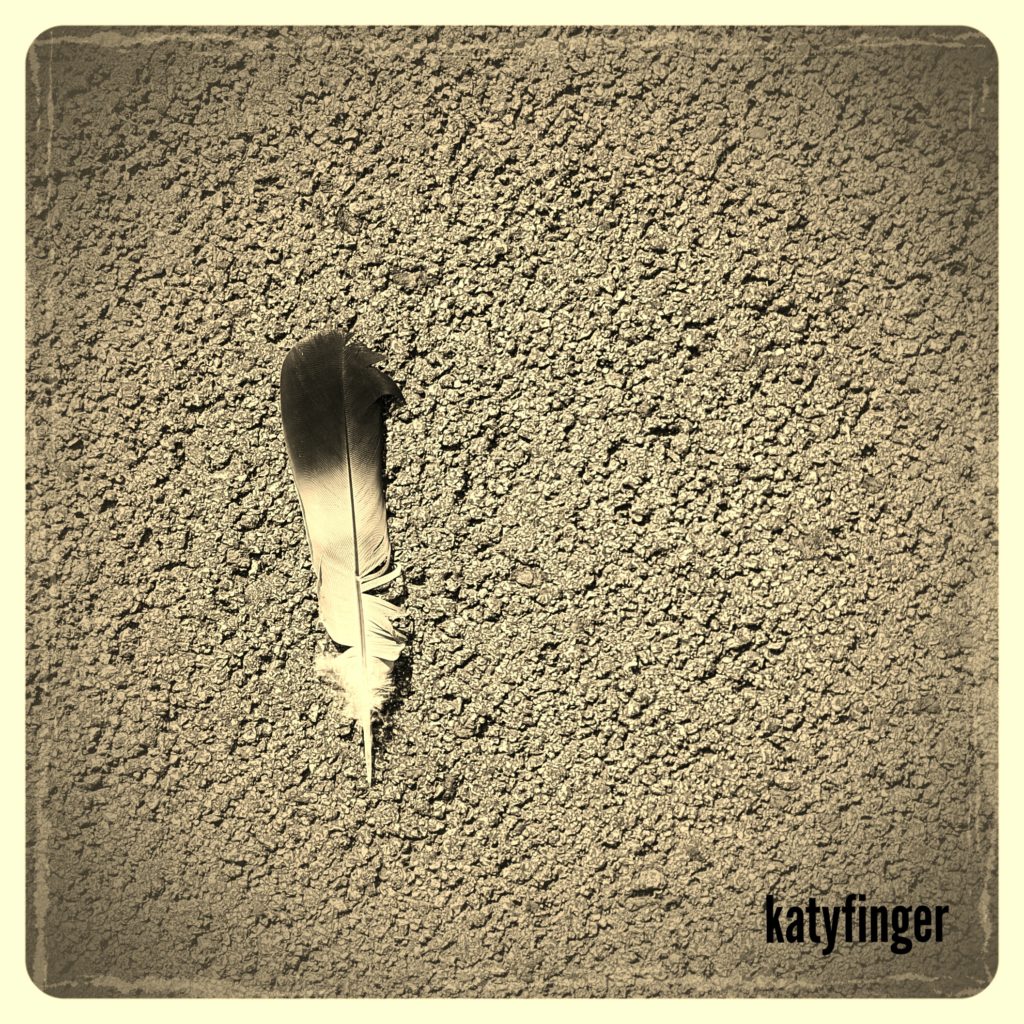 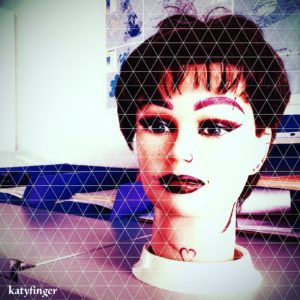 Today’s random stuff is a head.

It was ridiculously insane, from the first poorly-written essay to the final exam which brought forth tears of frustration. Dialysis, full-time job, a transplant, loss of job, loss of cat, the birth of a Baby Niece, a new job … But he did it. A 2.1 BA (hons) in Business Studies from the Open University. He done good, indeedy. 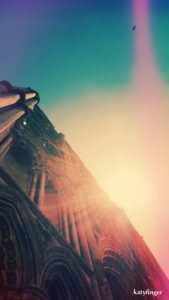 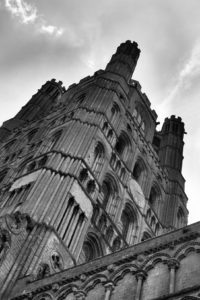 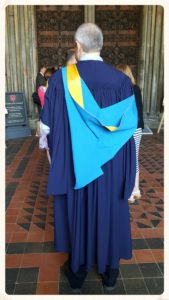 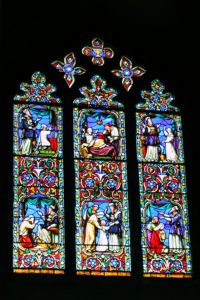 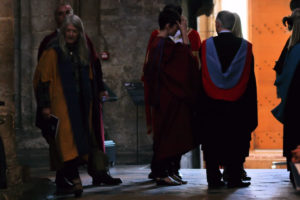 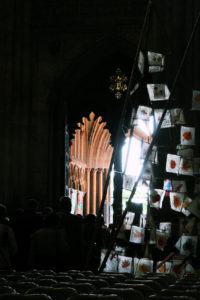 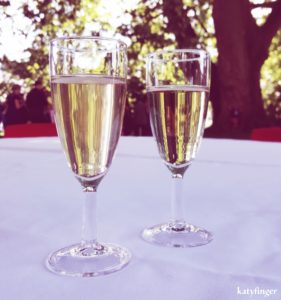 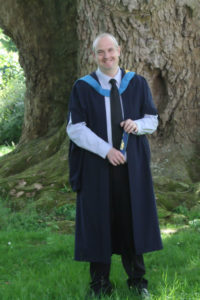 March was a terrible, terrible month.  I think I did a fairly good job of hiding how terrible it was.

I did manage to complete the #FMSPhotoaday challenge though, and am continuing it for April.  I know that you’re obviously dying to see my pictures, so show and tell them I shall. Or, the best ones anyway. 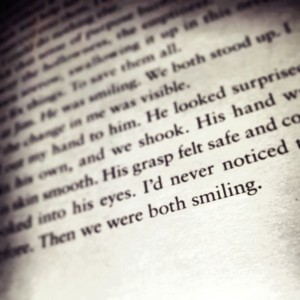 #somethingborrowed … the last page of a book I borrowed from the library. It was sad, and they’ve made it into a film. I’m in two minds about going to see it. 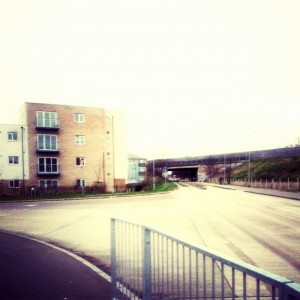 #faraway … waiting for the bus after work; it’s a long way away, under the bridge. 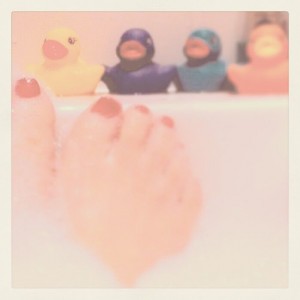 #cropped … my feet, in one of my favourite places. 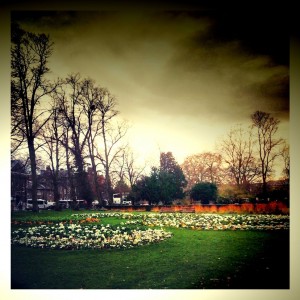 #weathertoday … it was overcast but spring-y. 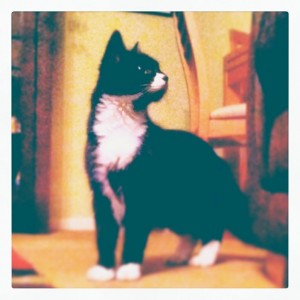 #soft … Qyzy, my beautiful boy cat (who has softer fur than Dora, who is much less annoying.) 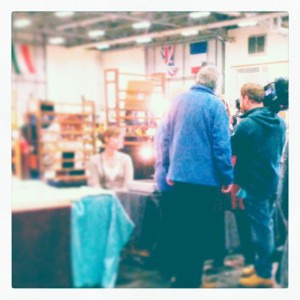 #morning … at the antique fair, where we stumbled upon them filming for Bargain Hunt again. They did lots of running around for seemingly no reason. 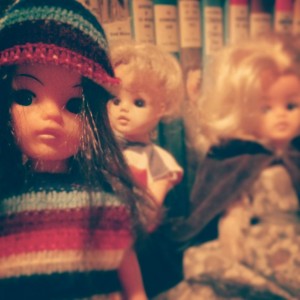 #nostalgia … Sindy was my favourite toy as an ickle-thing, so now I source her out at antique fairs. And not forgetting the Enid Blyton Dean & Son Ltd. books in the background, of course. 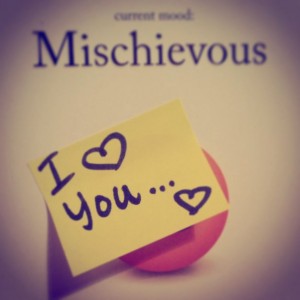 #sticky … I wrote my Blokey a post-it note and left it on his ‘current mood’ thingy, because I am lovely.

We also took a trip to London to watch our beloved (not very good) football team win the FA Trophy in a match with a lesser known (and even more not very good) team. Notice how two not very good teams are unable to fill Wembley Stadium … *grin* (It was an amazing atmosphere though, even with only 20,000 people making a small dent in a stadium built for 80,000!) 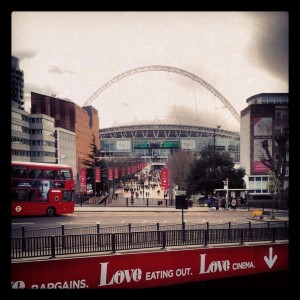 My first view of Wembley, from the tube station. 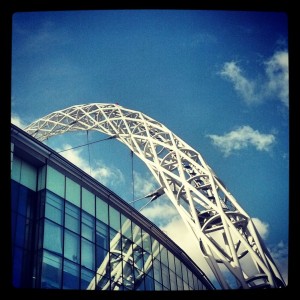 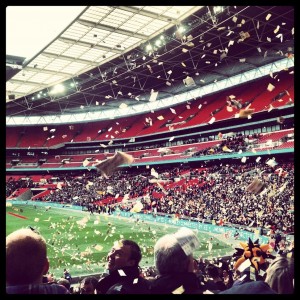 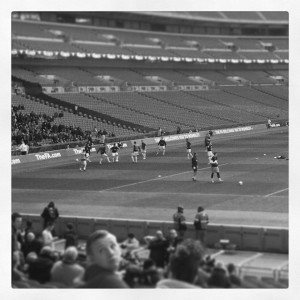 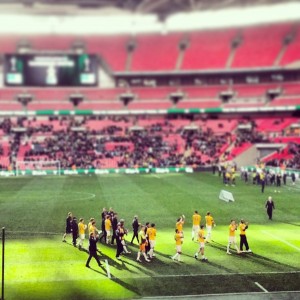 We won! So much applause! 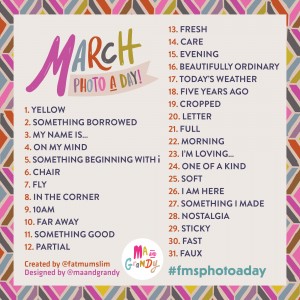 Last year I took a photo a day, for no other reason than I wanted to. However, it becomes pretty boring after a while, especially when you run out of things to take pictures of (oh my God, it’s ten to midnight and I haven’t taken a photo today; where’s that damn cat!). So, after a hiatus of a couple of months I stumbled across this fun thing to do, and so do it I shall.  I’m going to try to twitter and instagram them, but will share my best attempts with this blog, because it’s mine and I can.

Tomorrow we’re off to my MiLs for birthday celebrations (hers) and to hear stories of house buying (BiL & YASiLs). I shall nod and smile in appropriate places whilst wishing I was at home, being a homebody and hoping that next week will pass very very quickly so that the weekend will get here and I can relax.

Today one of our cats has vomited. We suspect Qyzy, purely because he bolted his food and the stomach contents left on the floor look decidedly fresh. It is nothing but fun in the house of KatieF.