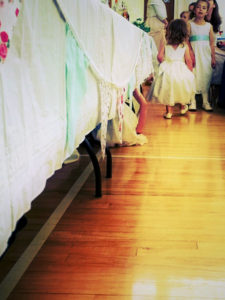 My Littlest Brother got himself hitched at the weekend, in the Church of Jesus Christ of Latter-day Saints. It was a lovely ceremony, with joyful hymns and thousands of bridesmaids. My Monster was there and I managed to completely ignore him. I did so well at it that I was able to forget he was even there.

I felt a tad sorry for my Littlest Brother. Two of his siblings from my Monster’s side didn’t come, neither did any cousins from either side, or aunts, uncles and whatnot. Bereft of family. So it’s nice that he’s wangled himself a ready-made family as the blushing bride is the mother of three boys. One does wonder how he will cope; thirty-four years old and moving from the home he shares with his parents into an established family home, where he’ll have to think about other people, and properly pay bills and stuff. He’s not being eased into it. He’s plonking himself smack, bang into the middle and going for it full throttle.

I am happy for him. I hope it all works out and they do the right thing by having oodles of babies. But I’m dubious. Oh, so dubious. 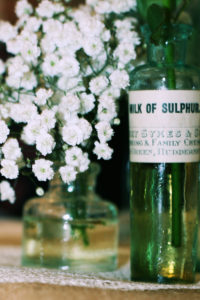 I don’t really understand weddings.  In the past people quietly wed in their local parish church or the registry office, with a couple of family members or close friends (or none, as was common) as witnesses.  They didn’t tend to spend oodles of money on outdoing their best friends or ensuring the entire venue was jam-packed with flowers (which incidentally, seem to wither and die very quickly.)

This isn’t to say that our wedding wasn’t extravagent.  It was, for us.  If we remove the hire of the venue and the deliciously scrummy food they provided for a sit-down meal for thirteen adults and four children, and an evening buffet for eighty guests, my dress was the single most expensive item of the day.  I wore it once and I can never wear it again (because it won’t fit … plus it needs a damn good clean.  I was a dirty bride.)  I often look back and think how daft that was.  I didn’t even look good in it.

But regardless, our wedding (and honeymoon) came to no more than a few (five-ish) thousand pounds, with the majority being the dress and the venue/food.  I liked my wedding for its simplicity.  A small intimate ceremony, followed by a small intimate dinner and later on an evening of joviality with disco and expensive bar.  I handmade our ceremony invitations,our favours and the table place-cards and I semi-handmade our guestbook.  We could have spent less but at the time I wanted a fairly posh venue that was easy to get to for all our guests (a Marriott along one of the busiest roads in England).  Looking back I think I’d be happy to opt for a local village hall now. But then I wanted to show that I had some class …

So, last weekend BiL tied the knot with YASiL.  And it was beautiful.  The venue was rural and divine, the sun was shining, the food was tasty, the guests were plentiful, I stuttered through my reading (and have vowed to NEVER read again in front of nearly one hundred folk, most of whom I don’t know) and then got tipsy on sparkling wine (Australian).  My MiL only goofed up once –

MiL: (to Blokey) You’ve scrubbed up really nicely today; you looked awful at the last wedding we went to!
KatieF: Um, you do know the last wedding we all went to together was our wedding don’t you?
MiL: Yes, yes I do.
KatieF: *gasp* … that’s not very nice!
MiL: But true.

KatieF: Whatever … (in her head)

– and it was a truly wonderful day, which ended with fireworks.  They spent so much money on the wedding day that they requested financial help towards their (expensive South American) honeymoon as a gift.  I was a bit mean and said to Blokey that I didn’t want to give them money.  My understanding was that they’d had to pay up front for the honeymoon, so in effect giving them money is just enabling their lifestyle once they return and begin to enjoy newly-wedded bliss.  We gave them a present instead, which was vaguely linked to the Hen party in Paris but involves a trip to London.  I’m also creating two more gifts for them; I’d like to give them things they can look back on, memories of the day which they can share with other people.  I just think it’s more personal, especially from immediate family.  I do realise that they’re not me and won’t necessarily appreciate these little things I’m doing, but it just seems so much nicer than money.

If I were getting married now and not then, the only things I’d keep the same is the ceremony venue – partly because it’s my local registry office so the cheapest option, but also because it’s a quaint old building in a beautiful garden – and the maker/flavour of the cake, but a different style of cake.  I’d have a dress from Monsoon, some seasonal – but wild – flowers, I wouldn’t invite The Man just because I didn’t want to cause conflict, and I’d put together a buffet myself for my nearest and dearest and insist on people taking lots of pictures (not of me) instead of paying for a photographer (I’ve just realised that the photographer was the second biggest expense of our day; not sure how I could have forgotten that …)

I just think that with weddings we put on so much show to keep other people happy.  The day is gone by in such a blur and as a bride you rarely get to sample the delights of it.  It should be a simple day which reflects the love you share with another person.

I am the Wedding Humbug. 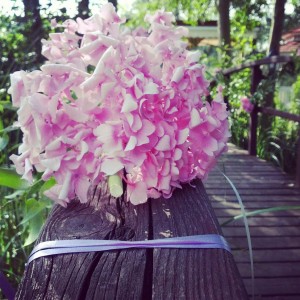 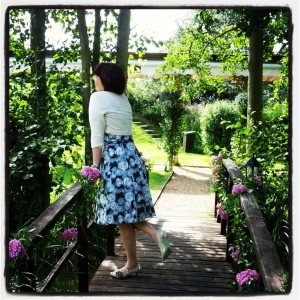 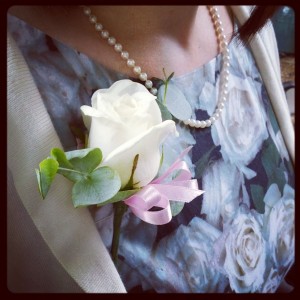 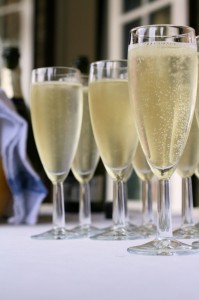 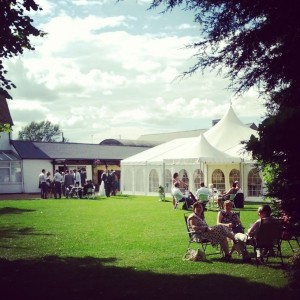 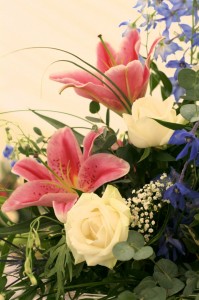 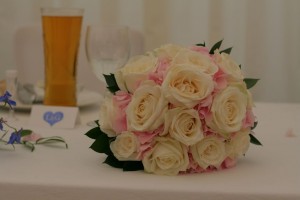 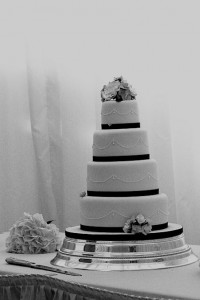 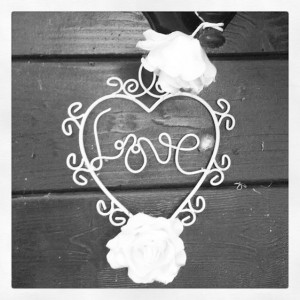 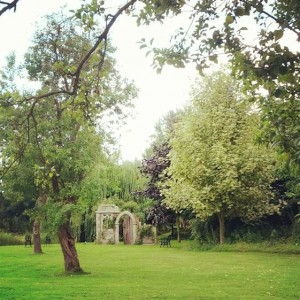 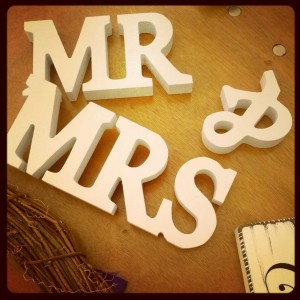